Nowadays we’re seeing an increasing number of apps that look and behave the same regardless of operating system or screen size. Whether you choose to call it responsive design or a universal user experience, one thing’s for sure – it’s only becoming more popular. In the past, you’d often see noticeable differences between the versions of the same software or app depending on the mobile platform you were using. For example, your favorite app might not have looked the same on iOS as it did on Android. However, during the past three years we’ve seen an explosion in cross-platform development, namely for the following four reasons: 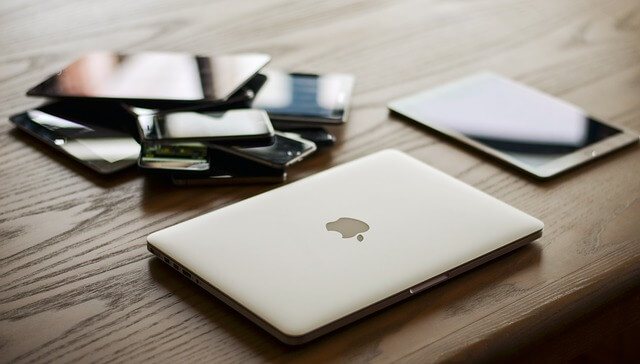 Nobody likes to relearn things unnecessarily. Once you’ve become accustomed to using an app on one device, you expect the experience to be similar or identical on another. Unfortunately, many apps are so radically different from one OS to another that a significant adjustment and learning curve is required. To prevent users from having to face unnecessary challenges when switching between devices, mobile app development firms have been making an effort to unify the UI appearance and functionality in all of their apps.

2. Ensuring Compatibility with a Wide Range of Devices

Whether it be a proprietary business app used solely by the employees of an enterprise or a publicly available app that can be downloaded by anyone from the App Store or Play Store, achieving compatibility with all the major app platforms is paramount if your goal is to maximize the amount of people using the app at any given time. Regardless of which niche you’re targeting, there’s a good chance that a percentage of your users will have Android, iOS, and Windows devices that they use from time to time, and you don’t want them struggling to adapt to different versions.

3. Appealing to a Broader Audience

Of course, an app that is built to work well across all platforms is more likely to attract a large number of users than an app that only works on Android, for example. Appealing to a large user base is a primary perk of cross-platform development, and it may just be the motivating factor driving many developers and businesses to focus on creating a universal user experience.

4. Accommodating the Needs of All Users in the Same Manner

Finally, you don’t want users on certain platforms to feel left out or neglected, as this could cause them to switch to a more capable alternative. We used to see a lot of apps that would offer exclusive features on certain platforms (i.e. – the app would have features in iOS that couldn’t be found in Android), often because the developers would roll out the iOS update before updating the Android version or vice versa.

Moving Towards a Cross Platform Future

As more app developers, businesses, game creators, and tech entrepreneurs begin to realize the above benefits of offering an identical experience across all mobile platforms, it’s inevitable that we’ll eventually reach a time when almost all apps perform and look almost exactly the same regardless of which device they’re being used on.

Tips For Furnishing a home Office on a Budget

Home Improvement is Essential for Keeping Your House Attractive

4 Things to Consider when Choosing Your Wedding Dress

How to Get Flight Compensation